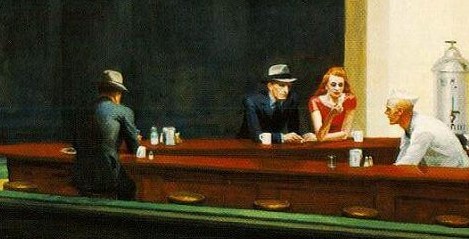 While portraying a simple scene of a quiet diner at night in New York, Nighthawks somehow has a quality of loneliness and separateness which is reflected in the customers.  The sense of human isolation which is present was denied by the artist, Edward Hopper, but he admitted that “unconsciously, probably, I was painting the loneliness of a large city.”  Certainly the lone man has an air of uncomfortable solitude as he is juxtaposed with the couple, though even they seem lost in their own thoughts and lacking connection.

The paradox of feeling alone while being surrounded by other people is a common experience when depression strikes, and Nighthawks is a painting which, maybe unintentionally, reflects this. What I love about the piece is the light within the diner; for me, the feeling of loneliness is strangely diminished by the glow from the lights. Obviously everyone has a different interpretation, but I find the painting actually quite peaceful despite the symbolic emptiness of the streets and the emotional remoteness of the characters. 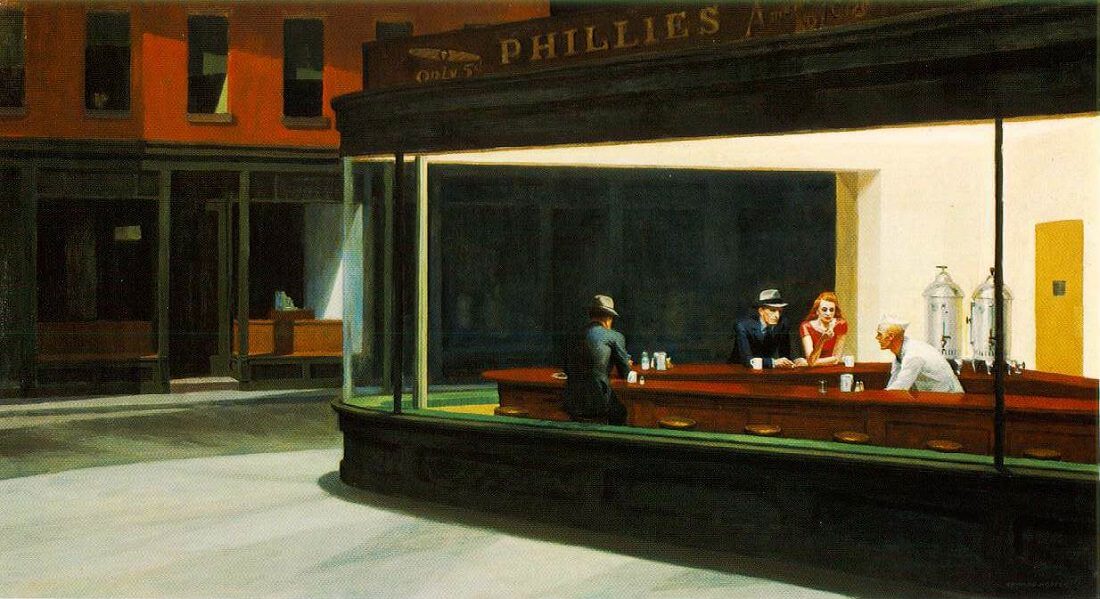 Edward Hopper, despite his own protestations to the contrary, certainly seems to have captured a sense of isolation in many of his paintings, some of which I have included here.